COVID-19 Vaccine Inequality and the Fight for Vaccine Solidarity 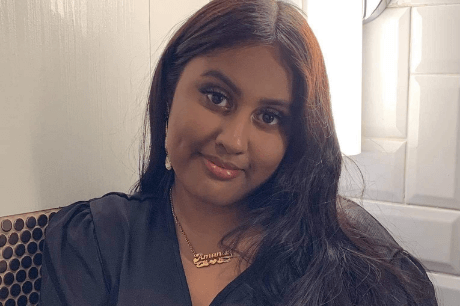 “Africa is already playing COVID-19 vaccination catch-up, and the gap is widening,” warned Dr. Matshidiso Moeti, WHO Regional Director for Africa, at a press briefing in April 2021. Via UN

The COVID-19 epidemic has yet again opened our eyes to the many medical and financial inequalities low-income countries around the world face. Vaccine inequality being a key issue this time around.

Vaccine inequality refers to the unequal roll out and distribution of vaccines to countries around the globe. Much of the uneven distribution affects low-income countries and regions such as Africa – essentially those who do not have the financial and/or medical resources to get vaccines.

To give context, compared to countries in North America, Africa is detrimentally far behind in its fight against the virus. It is reported by Our World in Data that as of July 20, 2021 North America has 45.52% of its population with at least one dose of the COVID-19 vaccine whereas Africa only stands at 3.13%. 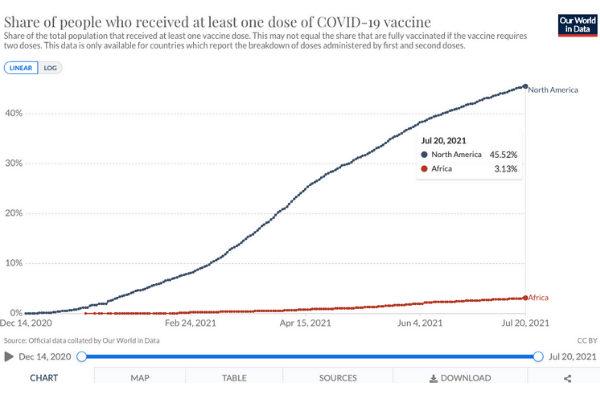 This is due to the shortages in vaccines available to Africa as wealthy countries have already cornered the market. Even though the continent is getting doses from programs, such as COVAX, and through the Africa Centres for Disease Control and Prevention (Africa CDC) it is ultimately not sufficient to vaccinate enough people to reach herd immunity anytime soon.

When looking at Canada, for instance, although our population sits at 38 million, the amount of doses we will have received by July 2021, according to Prime Minister Justin Trudeau, is 68 million, almost two times more than what Africa has received for a population of 1.2 billion. Most Canadians will be able to be fully vaccinated by the end of summer, while most people in Africa will not even have one dose of a COVID-19 vaccine by then.

I’m one of many young Canadians who has received their second dose, when someone my age in Ethiopia, for example, is unlikely to even have received their first dose yet or to be able to do so in the near future.

This is because Canada has the resources to purchase vaccines for ourselves directly from pharmaceutical companies, even though we don’t manufacture the vaccines here.

In addition to vaccine distribution challenges, low and middle-income countries in Africa and around the world lack the medical personnel needed to promptly vaccinate a larger percentage of the population, as opposed to wealthy countries like Canada.

This is where vaccine solidarity comes into play as no one is safe until everyone is safe. Amref Health Africa has created a campaign that focuses on this idea and has begun implementing it in many countries in Africa such as Kenya, Ethiopia, Senegal, Malawi, Zambia and many more.

However, it is not as easy as it may seem.

The path for vaccine solidarity with Africa presents some challenges. Although countries in Africa do not yet have the huge amount of vaccines needed to achieve herd immunity, even if they did governments would still be faced with the enormous challenge to conduct effective vaccination campaigns and to reach and guarantee vaccines for all women, children and men living in the most remote areas.

This is mainly due to 4 key challenges:

Amref is helping to solve these issues by providing masks and other personal protective equipment (PPE) to health care workers, safe transportation for sick individuals from rural areas to hospitals, guaranteed water and hygiene in places where clean and safe water is not available as well as:

Stand with us for Vaccine Solidarity with Africa:

Vaccine solidarity is something that benefits us all no matter where we live because during a pandemic no one is safe until we all are. Join us alongside the thousands of Canadians who are supporting Vaccine Solidarity with Africa. To learn more and donate visit: www.amrefcanada.org/vaccinesolidarity