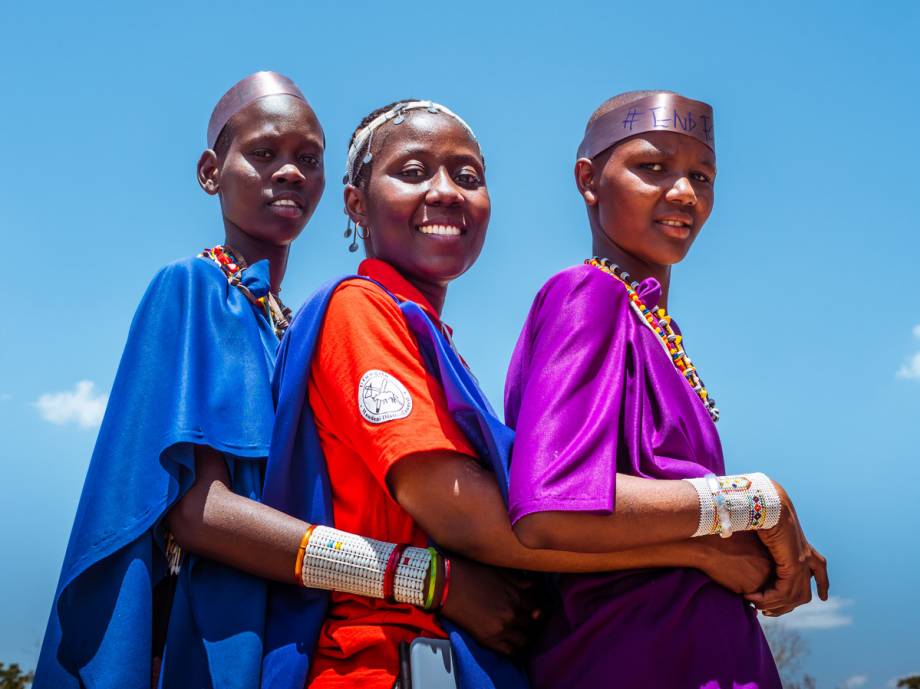 Meet Dr. Jane Sempeho (centre). A passionate advocate for the health and rights of girls and women in Tanzania.

Among the biggest successes of the project has been the decision of Maasai elders to sign a declaration to end the practice of FGM/C in their communities.

FGM/C AS A CULTURAL PRACTICE

“Female genital mutilation/cutting in Maasai communities is a cultural practice, where girls are forced to undergo the cut as a rite of passage from girlhood to adulthood,” says Dr. Sempeho. “This is a harmful practice. Some girls die from excessive bleeding and many suffer serious long-term complications for the rest of their lives.”

Within Maasai tradition, FMG/C is considered as an important part of the culture and identity. This makes it difficult for families to decide not to have their daughters cut.

EDUCATION AGAINST THE PRACTICE OF FGM/C IN KILINDI 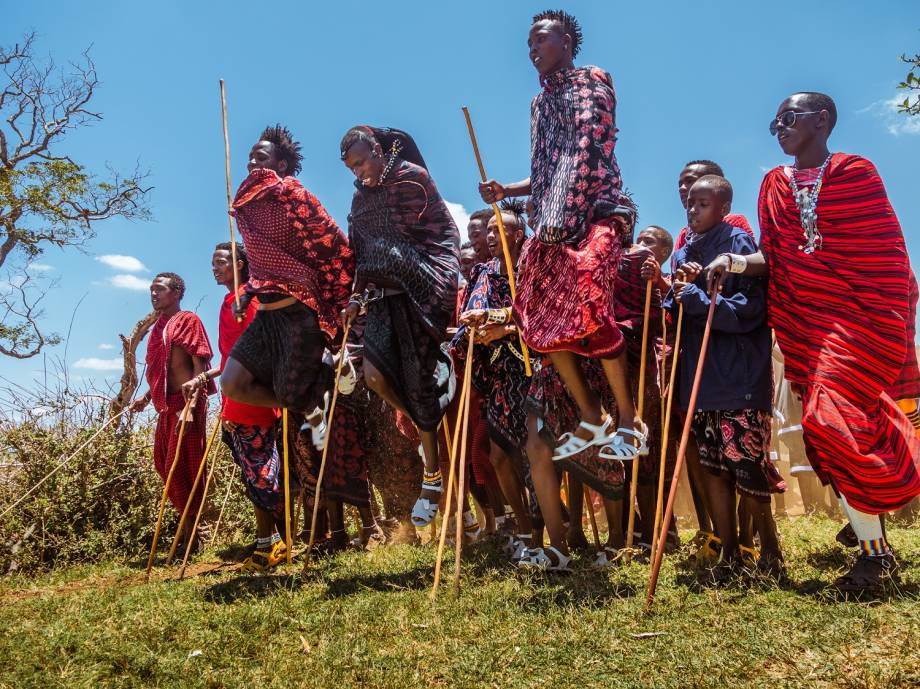 The work of ending FGM/C in Maasai society was not an easy task, says Dr. Sempeho, and they faced many challenges from various groups in the community including men (known as Morans) who would only marry girls who had been cut.

The circumcisers (known as Ngariba) who earned an income by cutting girls also posed a challenge. For example, they used to earn a sum of $5 USD per girl, as well as other favours from the community like gifts, the best parts of slaughtered cattle and support with household chores. In one FGM/C season, a circumciser can cut an average of 50 to 100 girls.

Another group was elders/leaders of the community who believed that the girls who are not cut, if married, can cause a curse to befall the marrying home.

“For more than 10 years in Kilindi, Amref Health Africa worked closely with the government to raise awareness on the effects of FGM/C in these communities,” says Dr. Sempeho. “We introduced different initiatives so as to end FGM/C. For example, we provided education to the community about the dangerous effects of FGM/C to their girls and introduced alternative rites of passage, where a girl undergoes all traditional rites of passage education but without the cut.”

According to the United Nations Population Fund (UNFPA), FGM/C violates human rights principles and standards – including the principles of equality and non-discrimination on the basis of sex, the right to freedom from torture or cruel, inhuman or degrading punishment, the right to the highest attainable standard of health, the rights of the child, the right to physical and mental integrity, and even the right to life.

MORE THAN 300 GIRLS GRADUATE INTO WOMANHOOD WITHOUT ‘THE CUT’ 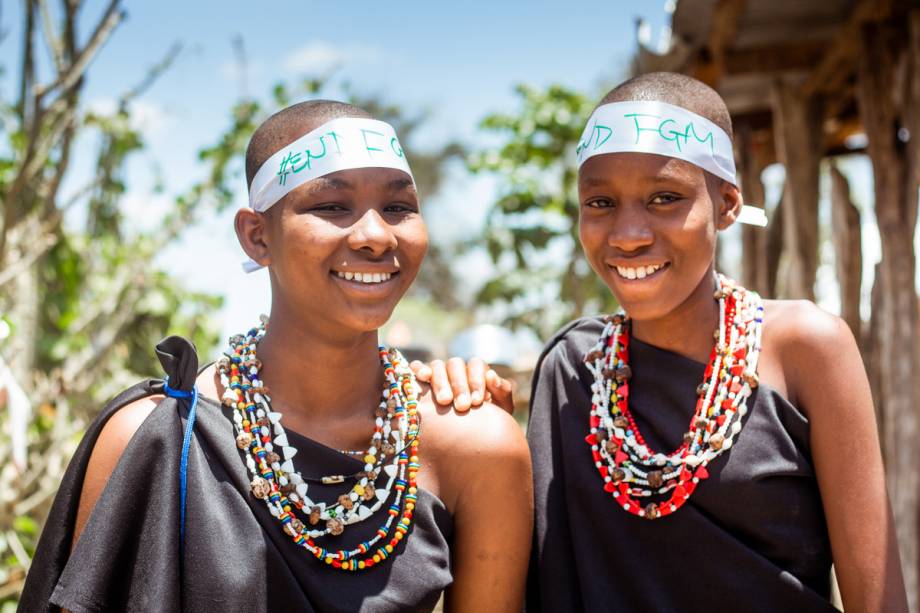 Amref Health Africa in partnership with the community held an Alternative Rite of Passage training and graduation ceremony engaging both girls and boys from Kilindi District in October 2020. During the three-day training, a total of 300 girls graduated at the Alternative Rite of Passage celebration. These girls did not undergo FGM/C. The week started with training sessions on a variety of topics including sexual and reproductive health and rights, the effects of female genital mutilation/cutting (FGM/C), early marriage, teenage pregnancy, life skills and children’s rights.

Namayan Laizer, a young Maasai girl who graduated during the event, says: “We are now happy we will not be forced to undergo FGM/C as it is harmful practice, and now I have a chance to pursue my studies and fulfil my dreams.”

CURSE FOR GIRLS WHO DO NOT UNDERGO FGM/C 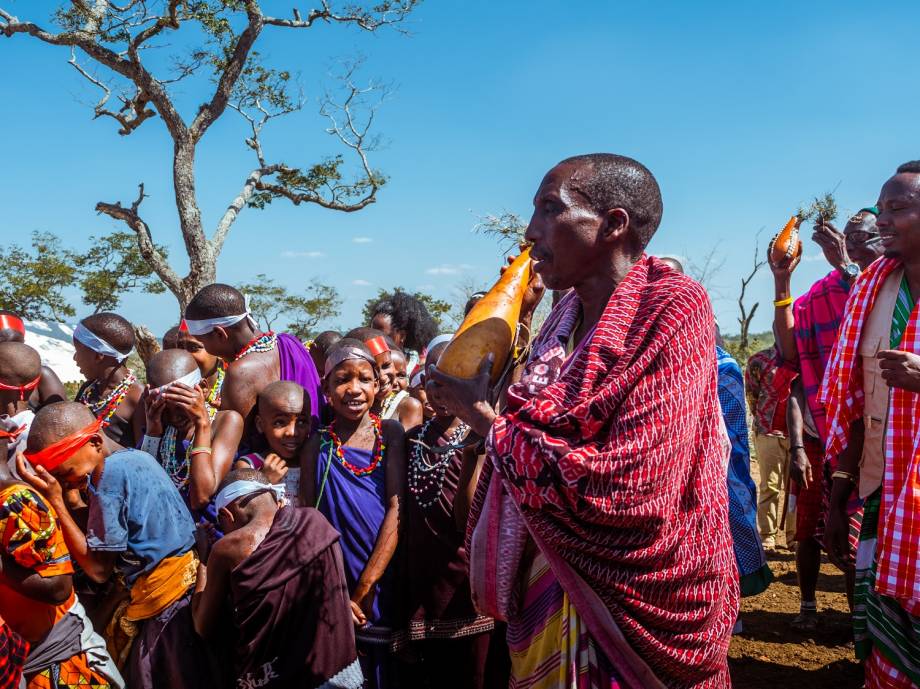 Through the Integrated ARP and WASH project in Kilindi, Amref Health Africa held dialogues with Maasai elders who believe that a curse will follow girls who do not undergo FGM/C.

Sawasawa Lopejo, a Maasai elderly leader overseeing Maa communities in seven regions in Tanzania says: “We believe that a girl who is not cut is a source of bad luck in the family; for example, if a girl/woman who is not cut gets pregnant, she was chased her away from home because none of the family members want to be a partaker of the bad luck because of her.”

That belief is changing, now, thanks to the dialogues with elders.

“Hence as a leader (Legwanani) of all the Maasai in all seven regions, which are Tanga, Pwani, Mbeya, Morogoro, Iringa, Dodoma and Manyara, we decided to denounce the curse for those who do not undergo FGM/C. From today, we signed a declaration to end FGM/C in our communities,” he says.

To Dr. Sempeho, this declaration from elders is a symbol of victory for the project and the girls in Kilindi. She says that from that statement of the leaders, now men are free to marry uncut women because the curse has been lifted.

This declaration from elders also means that girls will not be subjected to marriage at a young age, and will be inspired to stay in school.

Despite the success of the Integrated ARP and WASH Project in Kilindi among the Maasai communities, FGM/C is still prevalent in other communities across Tanzania.

Dr. Sempeho says that’s why Amref Health Africa in Tanzania has worked with the government to develop the National Anti-FGM/C strategy to scale up the End FGM/C movement country wide.

All photos by Adrian Mgaya