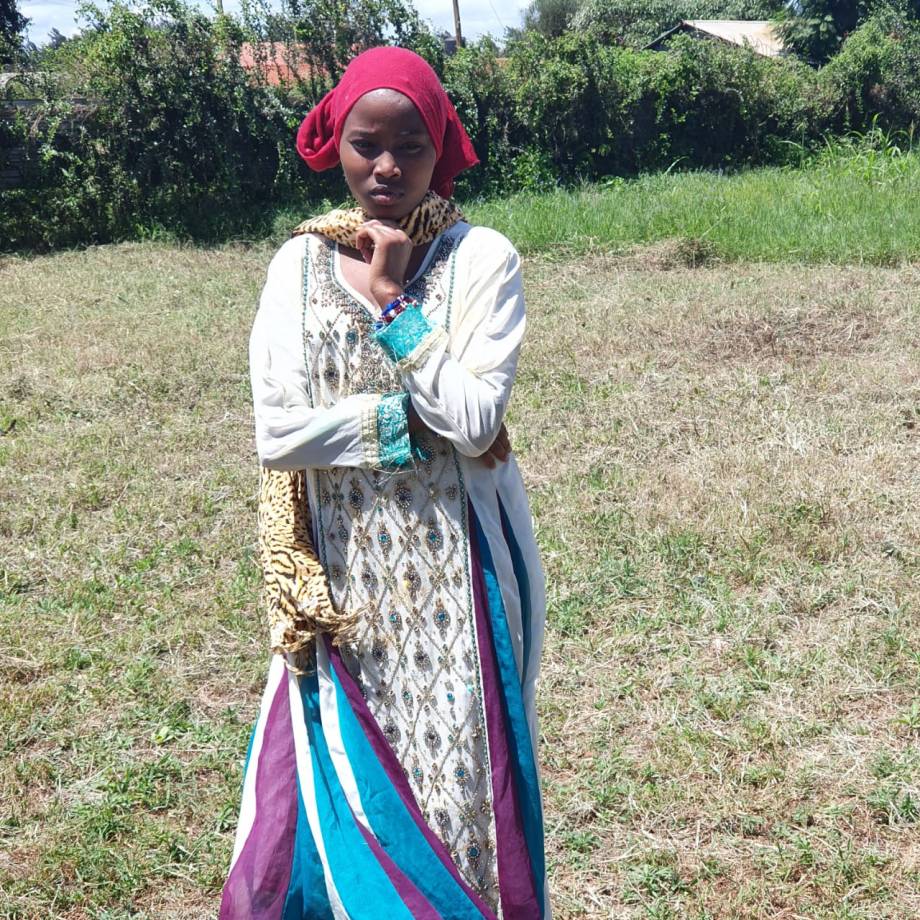 Kabale was promised to a man when she was barely three-years-old and expected to marry him when she turned 11. This is common for Gabra girls, a pastorialist (also known as nomadic) group living across the northern border of Kenya and Ethiopia. According to a 2018 baseline study, the prevalence rate of Child Early and Forced Marriage (CEFM) among the Gabra was at 80%. The young “bride” must go first through Female Genital Mutilation/Cutting (FGM/C) as a premarital ritual. Despite Kenya outlawing both practices almost two decades ago and countless governmental and civil society initiatives, little has changed for girls in some parts of the country, including Marsabit County where Kabale lived with her family.

While she always dreamt of going to school, she instead spent her days tending to livestock, with her father openly opposed to her going to school — in the name of Gabra traditions.

Kabale was diagnosed with pneumonia in December 2019 and referred to a hospital located 90 kilometres from her village of Toricha. Due to her condition, her doctor advised that she stay with her aunt in Marsabit town until the end of her treatment. While there, Kabale saw her peers, including her cousins, going to school. She was determined more than ever to plead with her father to let her do the same.

So, she cried and begged. But her father was furious, threatening to kill himself if she went to school. “He told me that my wedding was already planned for April. That he would never live with the shame of his daughter refusing to get married,” recalls Kabale.

The project team immediately notified the local administration, and Kabale was sent to a boarding school to protect her from any risk of abduction. “My aunt was kind enough to even pay for my school fees and learning materials,” said Kabale. Before schools were shut down in Kenya due to the COVID-19 pandemic, the headteacher at Kabale’s school reported to Koota Injena staff that Kabale was one of her brightest students and vowed to protect her from FGM/C and child marriage.

The Koota Injena project organized community dialogues in and around Toricha village, meeting with various age and gender groups, first separately to encourage open discussion and participation, then collectively to reach consensus. They educated clan elders, women and youth on the health, socio-economic and legal consequences of both harmful practices and why it was necessary to value girls.

Slowly, Kabale’s father’s mindset started to shift. He heard champions, Gabra elders like him, share how much their families benefited from sending their daughters to school — girls who grew up to be stronger, more capable in times of crisis and always willing to help their families in return. So Kabale’s father committed to supporting his daughter’s education going forward and urged the Koota Injena team to continue engaging his community to help them “open their eyes” on harmful cultural practices. “We were living in the dark, but now we see the light. Girls deserve the same rights as boys,” he admitted.

Earlier this year, 30 middle and lower-level Gabra clan elders approved to abandon FGM/C and child marriage. Koota Injena’s goal is to keep engaging these elders while also reaching out to the five Gabra council of top clan elders (YAAs), — who form the ultimate governing body of the group — so they can question the harmful cultural practices and publicly decide on their abandonment through official declarations.

Koota Injena is a three-year (2017-2020) USAID-funded proof of concept activity designed to implement and test the effectiveness of engaging clan elders, community leaders, and members using intergenerational dialogue to strengthen positive youth and male engagement as levers to change norms and behaviours for the abandonment of CEFM, FGM/C and low value of the girl among the 40 clans of Samburu (nine clans), Borana (seventeen clans), Rendille (nine clans) and Gabra (five clans) communities in Samburu and Marsabit Counties.