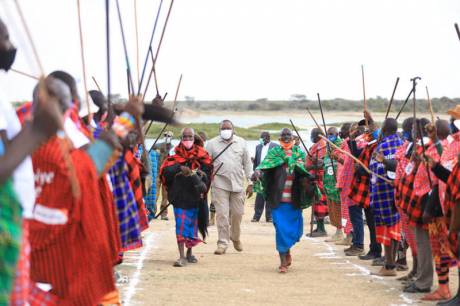 March 5, 2021, Samburu County, Kenya: Today in Kenya, President Uhuru Kenyatta presided over a landmark declaration by 40 top clan elders of the Samburu Community who publicly announced an end to female genital mutilation/cutting (FGM/C) and child, early and forced marriage. Known as the Kisima Declaration, it is one of the outcomes of Amref Health Africa’s USAID-funded initiative, Koota Injena, meaning “come, let’s talk” in Borana.

FGM/C is one of the most severe forms of gender-based violence perpetrated on women and girls all over the world, and it has been practiced for generations. The communities Amref Health Africa is partnering with for Koota Injena have similar patriarchal clan structures, which are the focal points of ancestral authority, cultural heritage, identity, norms, and values. In these communities, the rates of FGM/C range from 61%-90%, and rates of child, early and forced marriage from 38%-85% in three-quarters of the sites. Community members who do not adhere to the practices of FGM/C and child marriage often face severe social consequences.

“We are committed to a future without FGM/C, a significant barrier to the rights and empowerment of girls. The declaration by Samburu clan elders today shows that our efforts to End FGM/C by 2030 are bearing fruit,” says Dr. Githinji Gitahi, Global CEO, Amref Health Africa. “Sustainable change towards eradication of Child, Early and Forced Marriage and Female Genital Mutilation/Cutting must come from and be led by the communities themselves. We have learned from the Koota Injena project that changing these harmful practices calls for a patient and respectful engagement and partnership with clan leaders.”

Since 2017, Koota Injena has had several important achievements: 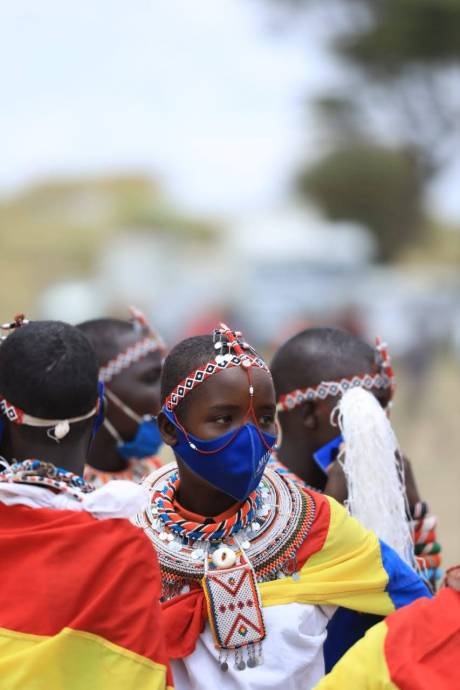 The Kisima Declaration aligns with the June 2019 proclamation by His Excellent (H.E.) President Uhuru Kenyatta to end FGM/C in Kenya by 2022 and marks a new level of deeper engagement with communities in ending harmful practices.

About Koota Injena: Koota Injena is a three-year program funded by the United States Agency for International Development (USAID) through Amref Health Africa USA and implemented by Amref Health Africa in Kenya, in partnership with Food for the Hungry and Information Research Solutions. Beginning in 2017, this proof-of-concept learning activity has engaged clans and clan leaders as levers of change in attitudes and norms around Child, Early, and Forced Marriage (CEFM) and Female Genital Mutilation/Cutting (FGM/C). With the goal of ending harmful practices and redefining the value of the girl, Koota Injena has reached 40 clans across the Samburu, Borana, Rendille, and Gabra communities in Samburu and Marsabit Counties.