Previous Next
Why Gender Equality Matters for Global Development Projects

All the talk about gender equality in Canada got us thinking about what role gender equality plays in our health-focused projects in Africa, particularly those that work to improve the health of women and adolescent girls.

One such project is Uzazi Uzima (which means Safe Deliveries in Swahili), which Amref Health Africa is implementing in the Simiyu Region of Tanzania in partnership with Marie Stopes Tanzania and Deloitte (as a service partner) with financial support from the Government of Canada.

I talked to the project’s Gender Officer in Tanzania, Sophia Kimaro, to find out more. Here’s our exchange (edited for length and clarity). 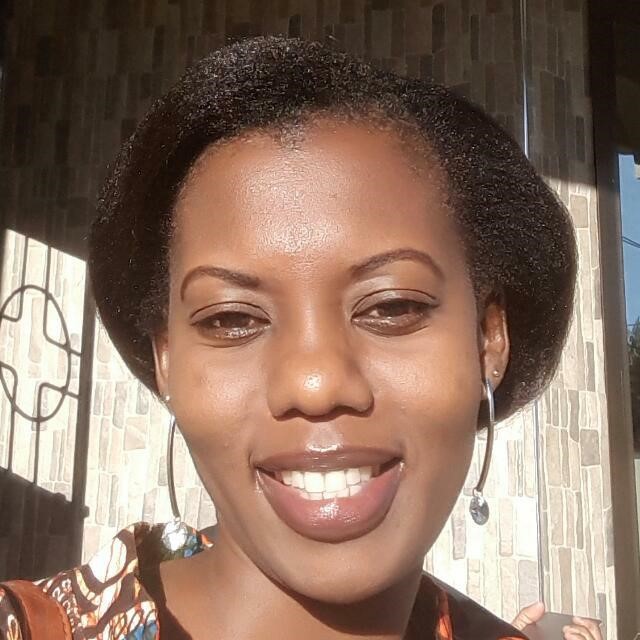 JASMINE: Can you tell us about your role as Gender Officer for the Uzazi Uzima project?

SOPHIA: As Gender Officer for Uzazi Uzima, my job is to provide the required technical skills and guidance to the project team, partners, and stakeholders to ensure the project provides gender-sensitive and friendly reproductive, maternal, newborn, child and adolescent health, and water and sanitation services in health facilities and outreach services. This includes translating gender equality policies and strategies into tangible activities for the partners and stakeholders.

JASMINE: What challenges do you face in your work as a Gender Officer?

SOPHIA: The biggest challenge I face is the behaviour and attitudes that communities can have towards gender issues. This is due to women’s historical and current social disadvantages, such as women not operating on a level playing field with men or the traditional norms, cultural practices and values that disempower women. The social acceptance of communities towards practicing gender equality in their day-to-day lives is still low.

JASMINE: What does gender equality mean to you?

SOPHIA: To me, gender equality means equal enjoyment of women and men to socially valued goods, opportunities, resources and rewards existing in our community as well as the nation at large. If gender inequality exists, it is generally women who are omitted and disadvantaged in relation to decision-making and access to economic and social resources. Achieving gender equality requires women’s empowerment to ensure that decision-making at private and public levels and access to resources are no longer weighted in men’s favour so that both women and men can fully participate as equal partners and agents of change in productive and reproductive lives. Equity leads to equality.

JASMINE: Why is it important to include gender equality into program design and implementation, such as the Uzazi Uzima project?

SOPHIA: The importance of including gender equality into program design and implementation is to make sure that health services are being offered in an equal manner to and reaching all the groups in the community. Designing programs from the start to include gender equality is also important to achieve social protection that mainstreams the inclusion of women. In the project, we conducted a gender needs assessment to understand the underlying reasons why women in the region are excluded, as well as the specific risks and vulnerabilities they face. We then used the results to inform project design to specifically target these underlying gender issues. In reproductive, maternal, newborn, child and adolescent health programs, projects need to ensure that gender sensitive and responsive services are provided that pay attention to women who are excluded or disadvantaged. One way to apply gender responsiveness is to integrate gender issues into existing training. So if we are teaching communities about kangaroo mother care, which is when you hold an infant against the parent’s bare skin, we teach parents that both mothers and fathers can do this treatment. This puts less of a burden on the mother.

JASMINE: What are some of the strategies that are being used to ensure men are being educated about women’s health?

SOPHIA: One way we are educating men about women’s and girl’s health is through a football (soccer) club that helps us to reach men and boys in their communities. We noticed that in our community mobilizations, we were getting high attendance from women but not men. So we designed a football league in Bariadi, where the community organized different football games. Before each match we would do a gender sensitization discussion. We would ask the men if they knew about the importance of men accompanying women to clinics, if they knew about gender differences, things they face in their daily life. Activities like this help us start the discussion at the community level about what gender means to them. In Simiyu, there are different cultural groups (like the Nzengo, Nyagogo, Nsumbatale) that have their own unique social structures. We would identify the males who are decision-makers in the community, and lead discussions with them about gender in order to identify potential champions of gender issues. The champions then bring those issues into their communities, which also pushes the conversation on gender. The project is also speaking with communities in the different districts on special global events that deal with gender issues, such as 16 Days of Activism on Gender-Based Violence, International Day of the Girl Child, Worlds AIDs Day etc. to show up and talk about concerns around gender issues.

SOPHIA: It is very important for health care workers to receive gender-sensitive training because, firstly, they are the ones who are serving the community. Secondly, health care providers in most cases concentrate more on health issues and tend to neglect the social issues that contribute to maternal mortality rate. Thirdly, men and women are biologically different so they need to be attended to according to their differences due to the fact that gender is a product of social construction and differs from one community to another. Health workers can be more effective when they understand the barriers that women face, such as lack of decision-making power, lack of free time, or lack of control over family resources. Gender-sensitive training should be based more on the reality and validity of women and men as their roles differ in each community. This project is being implemented in 6 districts, so from Busega to Bariadi the gender roles are different. Gender-sensitive training involves applying a culturally relevant context. So we have to target different groups of males in Simiyu region, and also understand that there are stigmatized health issues that affect both men and women. For example, in certain districts it is common for men to blame women for erectile dysfunction. We try to destigmatize these issues and educate them on gender-specific health issues.

SOPHIA: A gender-sensitive facility would have features such as sex-separated toilets with a lock (to ensure safety), they would be well lit, and the handwashing facilities would also be sex-separated. In Tanzania there are certain customs for women, for example women cannot share toilets with individuals from their husband’s family. Practices like this may deter women from using health care facilities. In many of the health care facilities, the delivery rooms are small and there is no privacy; sometimes 2 to 3 women can be delivering at the same time. Men may not accompany women to the facility when they are in labour because the rooms are small and they are not permitted to enter (due to privacy). Gender sensitive facilities take these issues into consideration and allow women to be more comfortable and have privacy and make it possible for their husbands/partners to accompany them. It is important to have gender-sensitive facilities, especially with water and sanitation due to the fact that the role of men and women in accessing and controlling of these facilities is different. So in the project, water points, toilets, and bathing facilities will be located and designed to ensure privacy and security. Safety and dignity of the community also needs to be considered.